North America to Niseko: The Best Routes to Powder Paradise!

The distance between Niseko and North America is possibly the largest between any two places on the globe, so it’s no surprise that many people thinking about travelling to Japan (let alone a ski resort in an island prefecture) feel pretty overwhelmed about planning a trip there!

It may seem daunting but have no fear - we’ve figured out the best ways (considering cost and travel time) to get to Niseko from some major cities in North America to take some stress out of planning your first trip to Asia’s powder paradise!

Note that the flights mentioned in this article land at New Chitose Airport (CTS), the nearest airport to the Niseko region. CTS is ~2.5 hours away from Niseko by driving, so scroll to the bottom of this article to see how to get to Niseko from the airport! 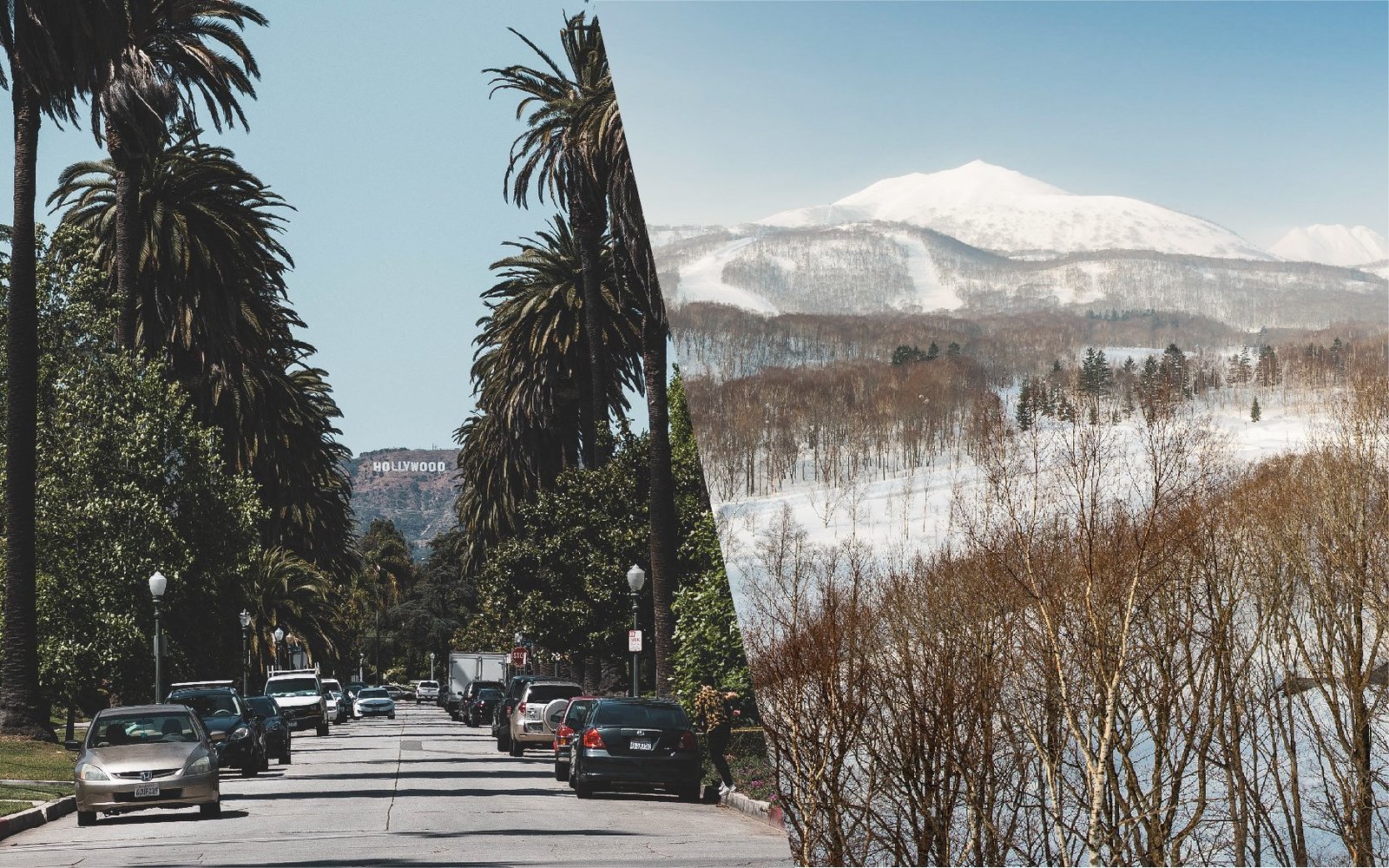 It’s best to have a stopover in Japan when heading to CTS from LAX, with most flights stopping in either Haneda or Narita (both in Tokyo) to refuel before heading North to Hokkaido. 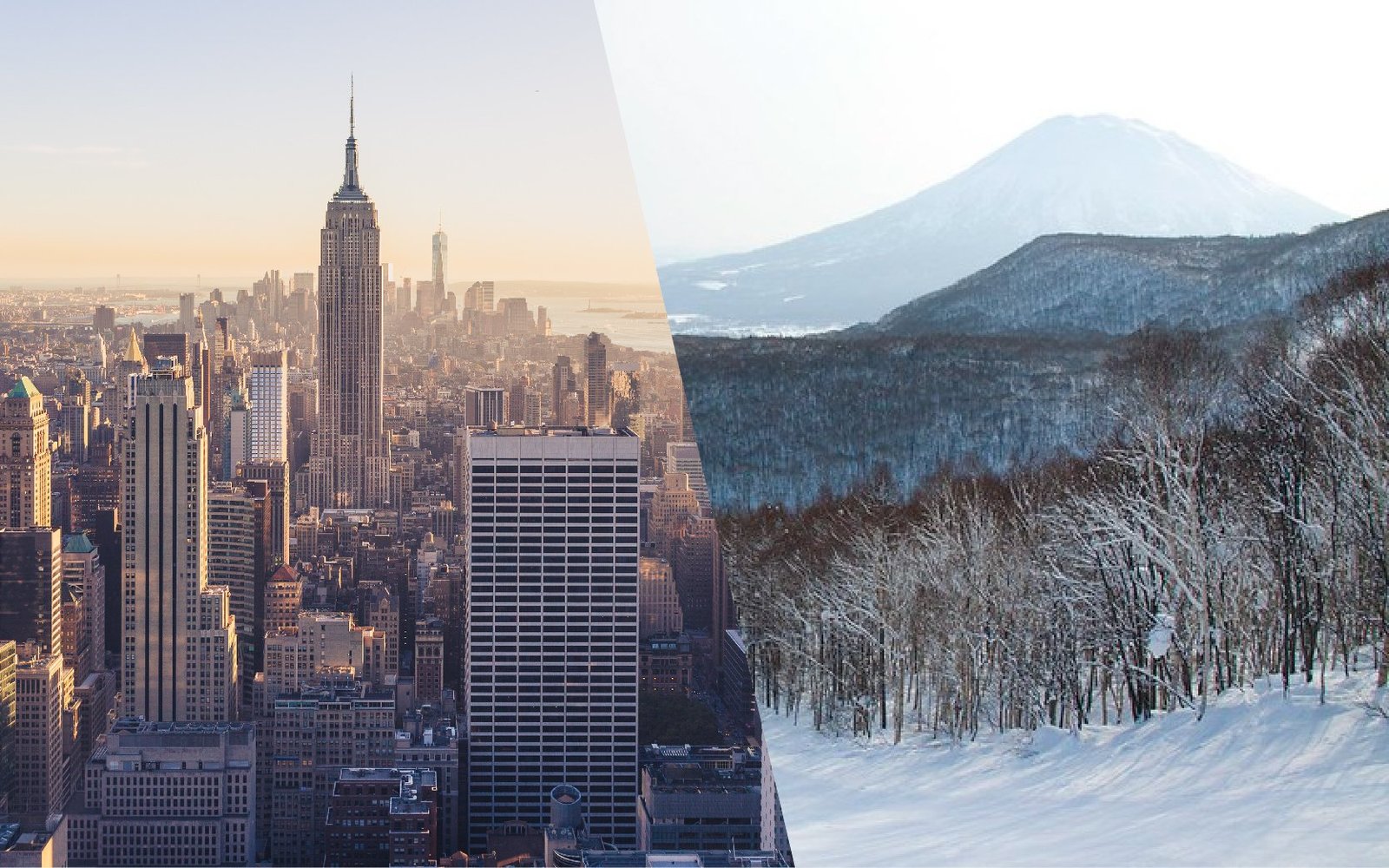 Stopping over somewhere in East Asia instead of the USA can save you big bucks, we found a flight with China Airlines from JFK to CTS via Taipei for under $500USD. 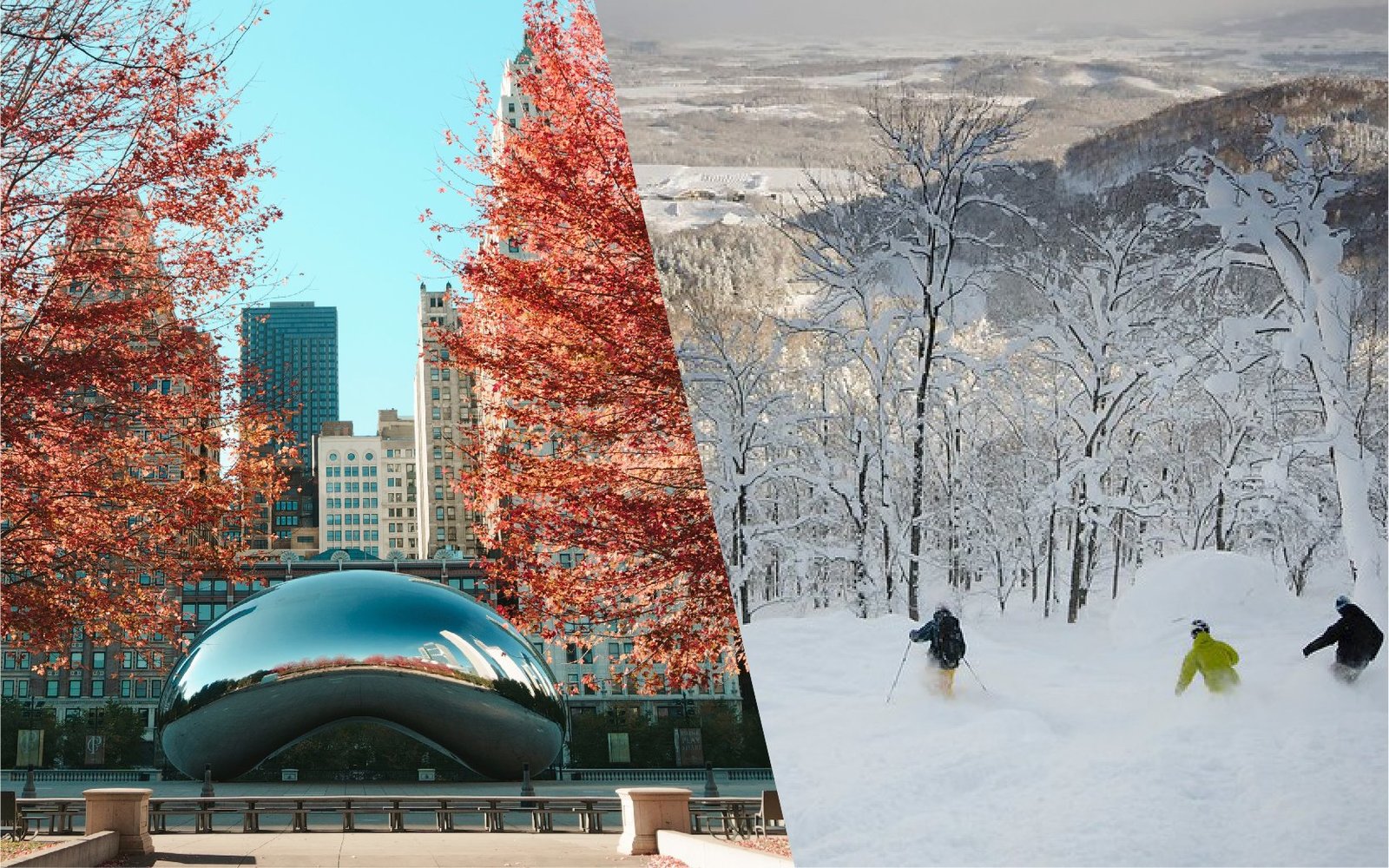 EVA Air is a great Taiwanese airline that offers affordable flights from North America to Japan via Taipei, and Chicago is no exception. We found a red eye flight with just one stopover in Taipei for under $700USD and no long layover times. 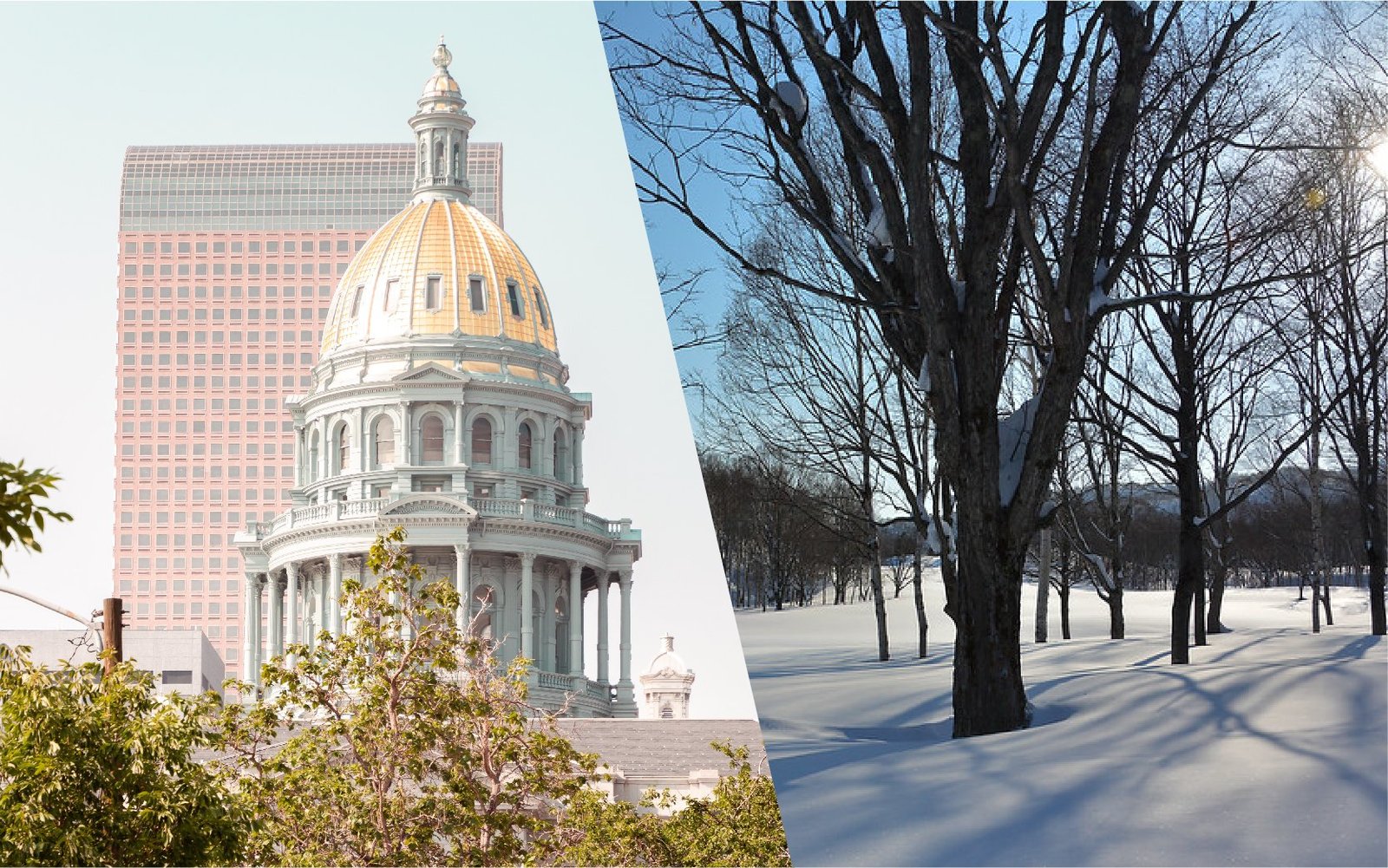 Flights from Denver to CTS will usually require two stopovers, one in Vancouver and one in Tokyo at either Haneda or Narita, with some paths requiring a pesky self-transfer. Air Canada and ANA offer good sectors and connectivity for a total flight time averaging 20 hours. 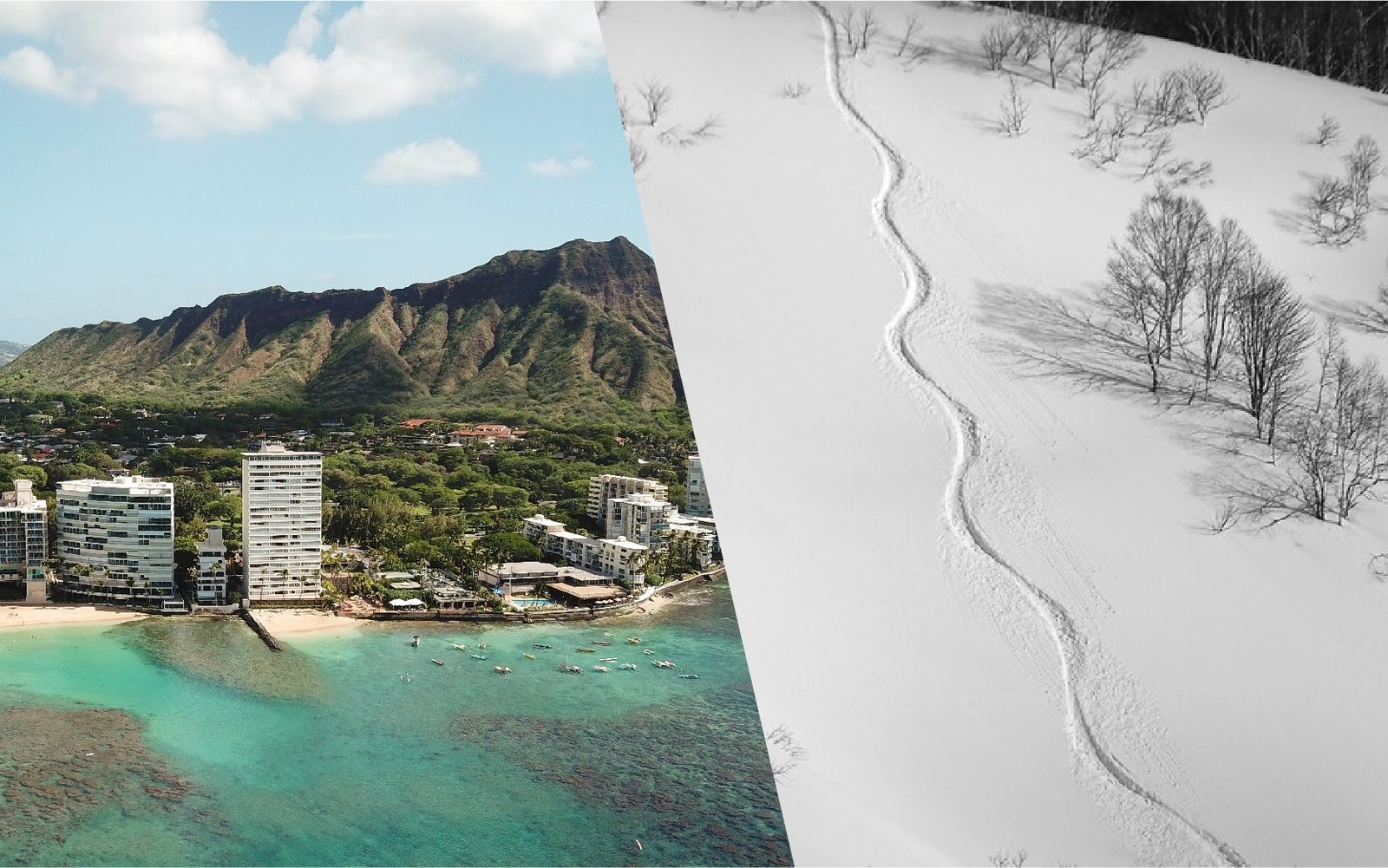 Honolulu is one of the best places to travel from when heading to Hokkaido, with Hawaiian Airlines running a direct flight between CTS and HNL for under $500 in the Winter months. There may be cheaper options with a stopover, but we found it wasn’t by much, and the convenience of a direct flight is unbeatable! 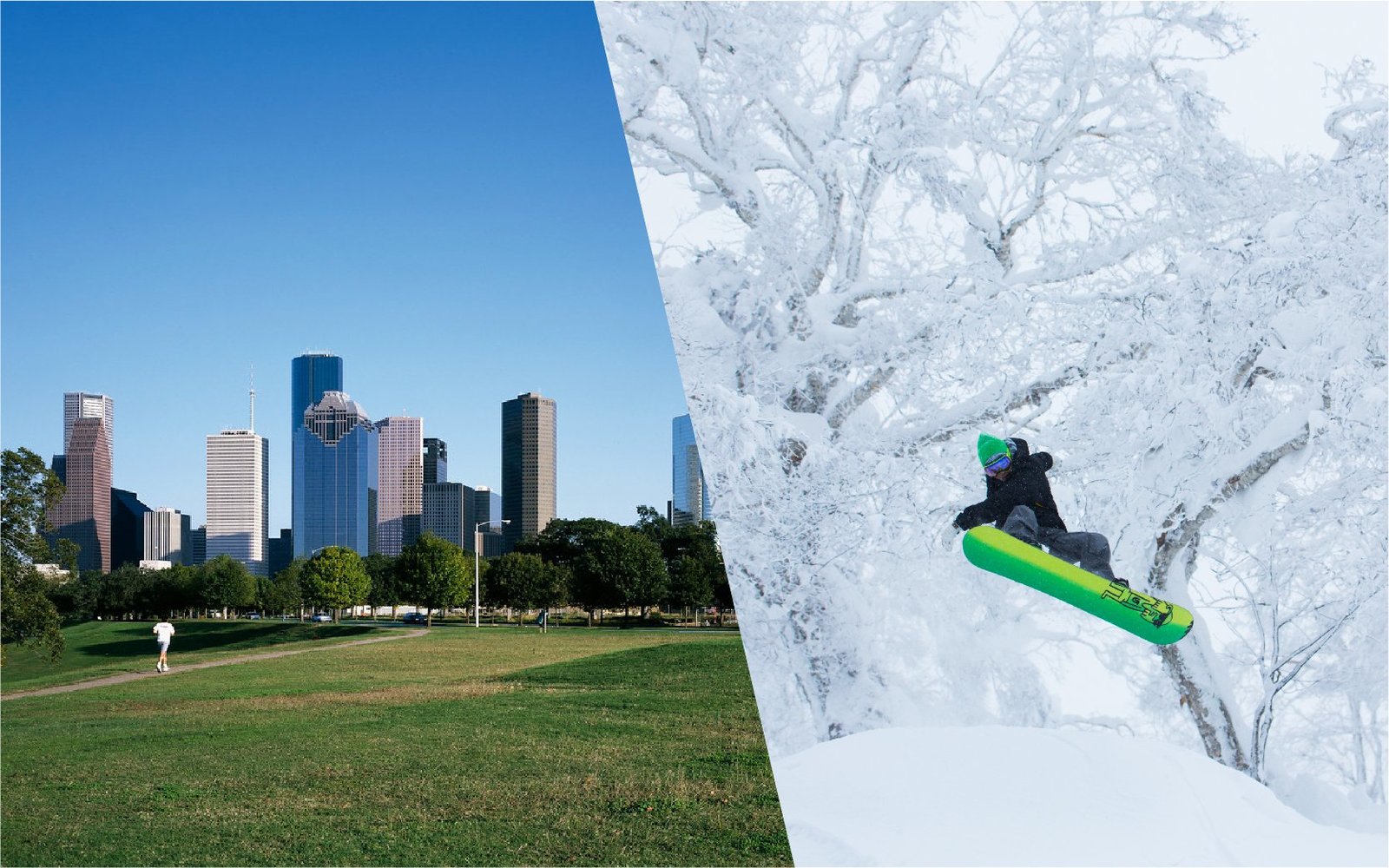 Cheaper flights can be found if you are okay with adding a couple of extra hours in transit time when flying out of Houston. Our local Texan assured us it’s worth flying out of Houston rather than Dallas, which can sometimes offer cheaper flights - “The 3hr drive is never worth the ~$100 you save”. We found this competitive flight into CTS with only one stopover for under $700USD. 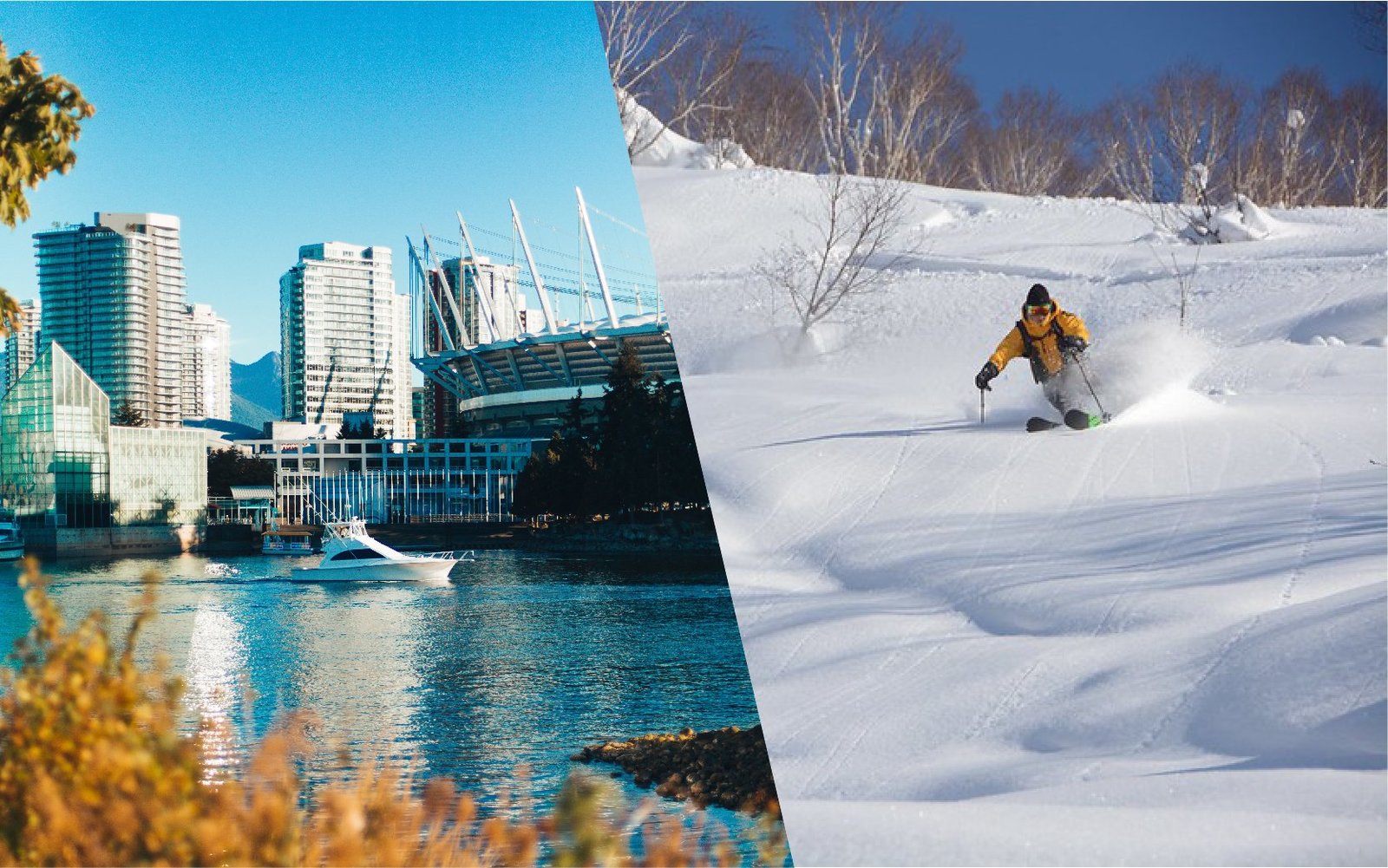 Vancouverites can get to Hokkaido the cheapest out of the major Canadian cities, however be wary of long stopover periods in with Asian airlines like EVA Air and Air China, which could make the attractive price not really worth it. You can save half the money going with Air China, but spend more than double the amount of time in transit:

So be sure to consider whether you’re looking to save on time or money - there are opportunities for both when travelling from Vancouver! 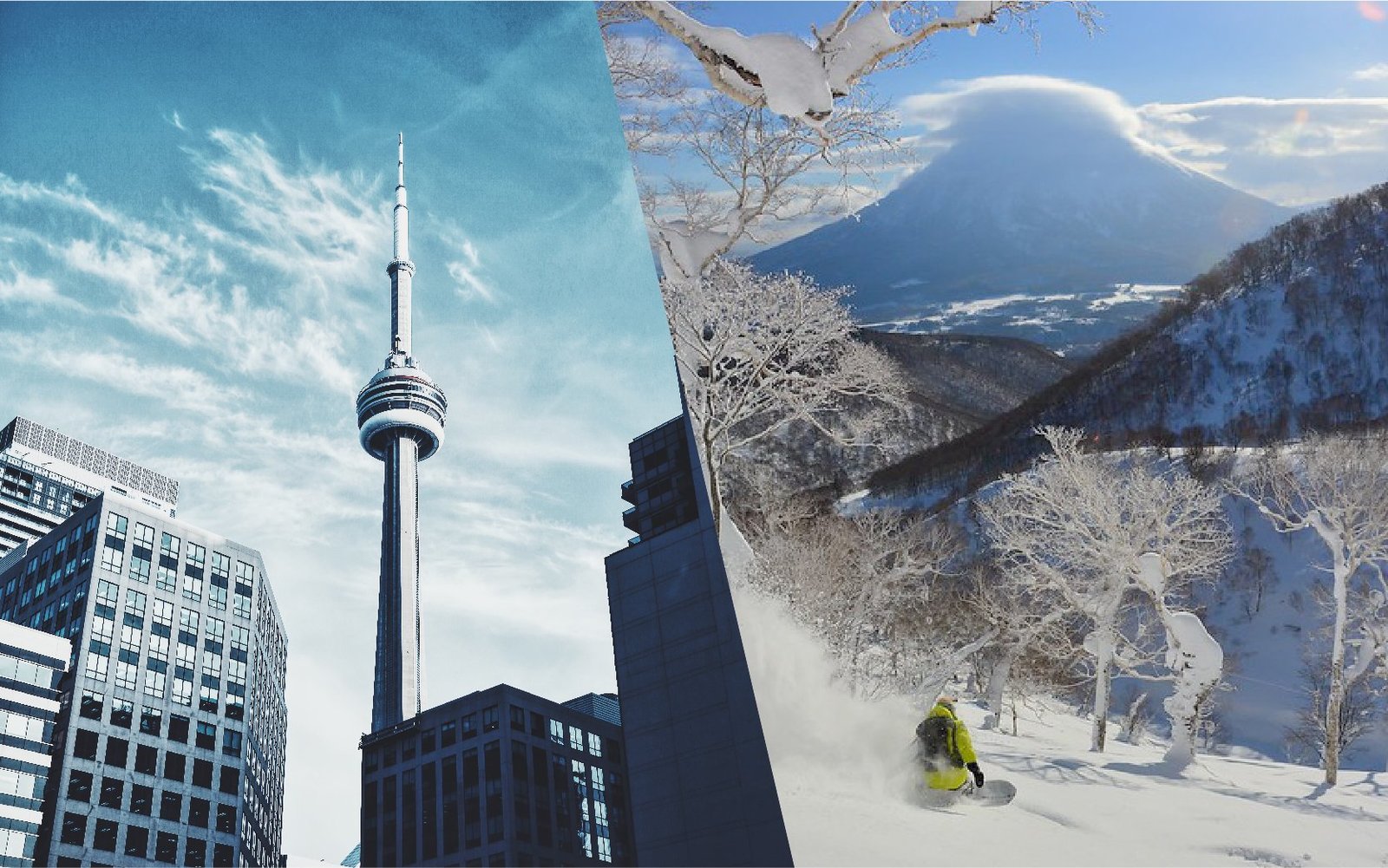 When travelling from Toronto, it’s definitely better to spend the extra couple of hundred dollars to save almost half the transit time. Air Canada and ANA offer a 17 hour flight with a short stopover in Haneda (Tokyo) for just under $950CAD while China Eastern have a flight with a stopover in Shanghai that takes over 30 hours for a saving of only ~$250CAD. 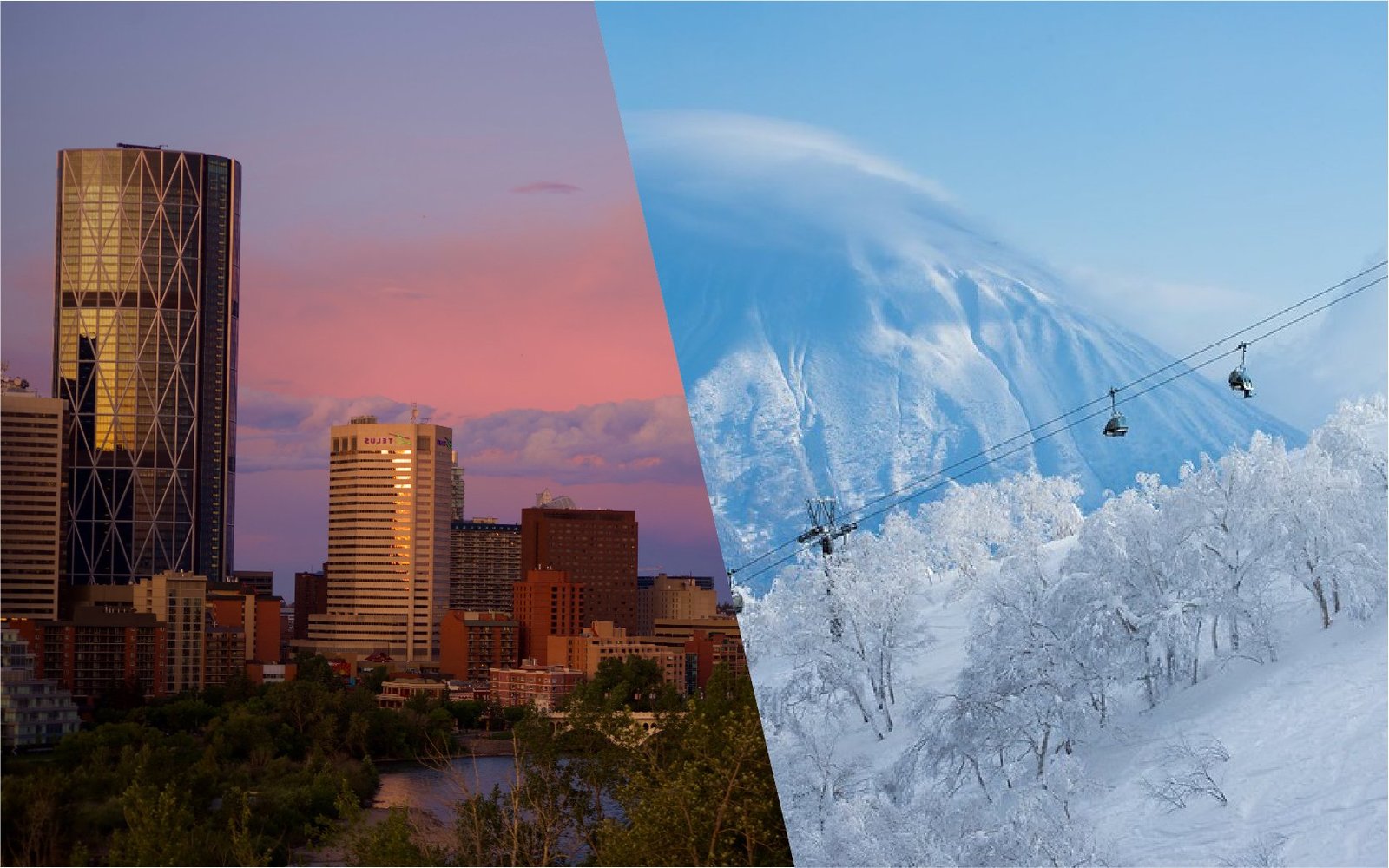 Unfortunately Calgary isn’t the easiest place to travel to Hokkaido from, despite Niseko hosting many powderhounds from Canada’s snow sport capital every season. Flights to CTS usually have 2 stopovers - one at another point on the West Coast (usually Vancouver or Seattle) and another in Tokyo.

Prices and availability of these flights are accurate as of 23rd December 2019 JST, and are pulled from flight-aggregator Skyscanner.

Travelling to Niseko from CTS Airport

After securing your dream accommodation in Niseko, our Guest Services team is at your full disposal to assist you in arranging airport transfers from CTS to your house/apartment/townhouse.

Generally, there are 4 options to decide between when arranging transport to Niseko from the airport:

The Vacation Niseko Guest Services team can arrange a chartered vehicle with driver to pick you up from your flight arrival gate, meaning there is no waiting around for a bus. The driver will help load your bags into a spacious vehicle for a comfortable trip to your accommodation, and can drop you right to the door of your apartment or house. Splitting a private transfer between your family or group of friends can often be the same value as catching the ski bus, and is our recommended option for getting to Niseko.

There are many different levels and sizes of vehicles to choose from, so you can choose your level of luxury for the perfect start to your trip.

Vacation Niseko can arrange a rental car in advance with the reliable Toyota Rent-a-Car company, so getting to Niseko is as simple as heading to the counter after you get through the gate and picking up the keys. Cars can be then be dropped off at Niseko Landmark View in the village for easy access to your accommodation. If you are travelling with a group and choose a larger vehicle, it can actually work out cheaper than buying individual tickets for the train or bus for each group member, so keep that in mind! Also be sure to have your valid International Driver’s Licence with you as you cannot rent a car without it in Japan.

After renting a car this is the most convenient option to get to Niseko, with multiple companies operating buses to and from New Chitose on a very regular basis in peak season. With tickets sitting around 4,000JPY each way for adults, it’s an affordable yet comfortable way to get to your accommodation after a long flight. Buses will drop you to the Hirafu Welcome Center where a Vacation Niseko driver will meet you to transfer you comfortably to your check-in location free of charge.

If you have a JR Rail Pass this will be the cheapest option for you, however generally we recommend against catching the train from New Chitose to Niseko (despite Japan being known for its world renowned train system!). The reason for this is there is no train station close to Hirafu, Niseko’s central village. Despite there technically being a stop named ‘Hirafu’ on the Hakodate line, it is a 50-60 minute walk in less-than-ideal snow conditions, making it unsafe and uncomfortable with luggage. If you still would like to catch the train, be sure to disembark at Kutchan station and catch the local bus from just outside the train station to the Hirafu Gondola stop; Niseko Landmark View is just down the street.

Feeling confident about getting to Niseko from your hometown? Ready to take the leap and book the trip of a lifetime? Get in contact with our Reservations and Guest Services team today and let us help you build the vacation package of your dreams. 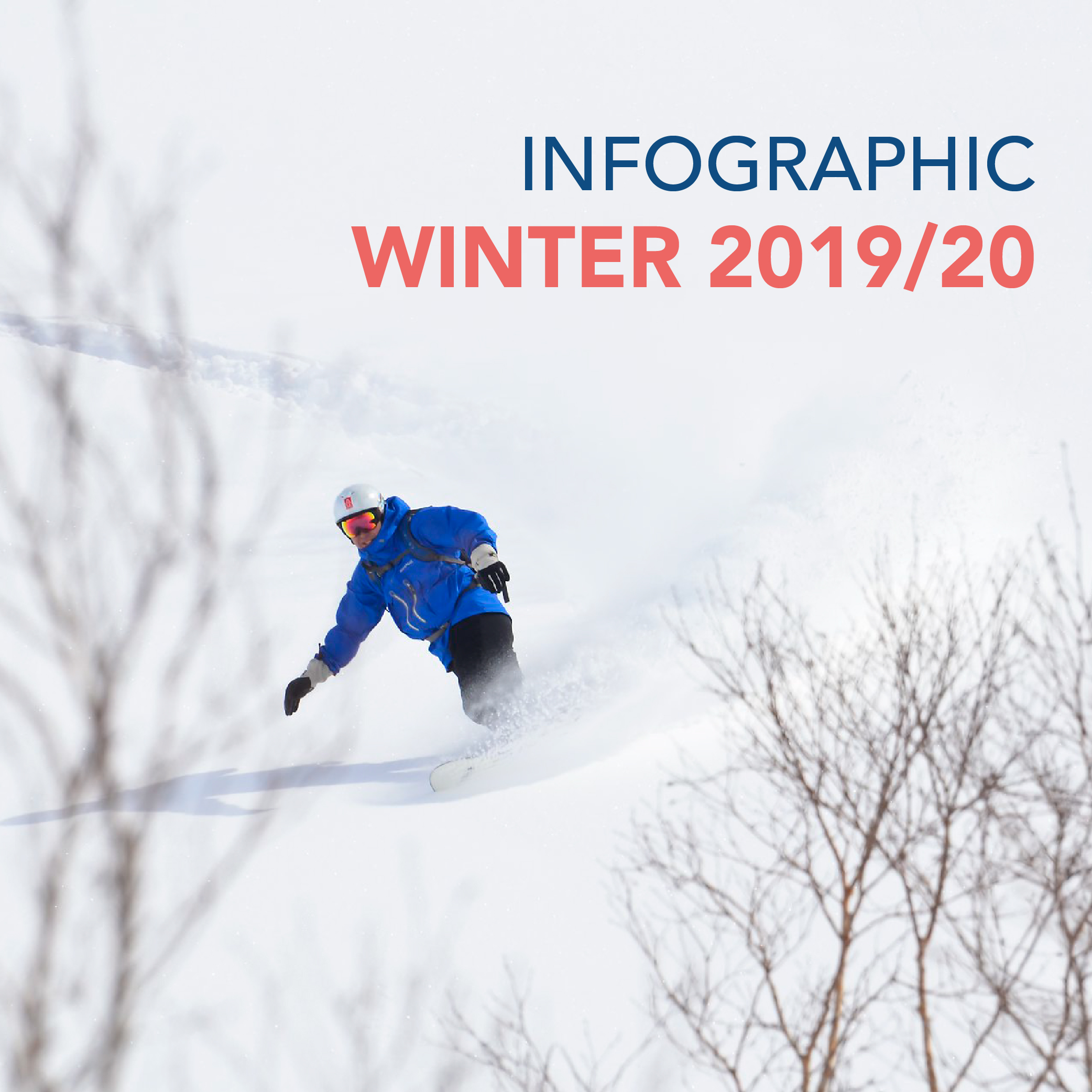 This Winter in Niseko: 19/20 Infographic Published about 18 hours ago 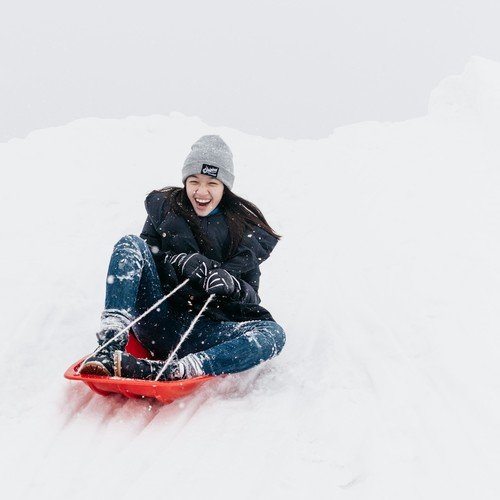 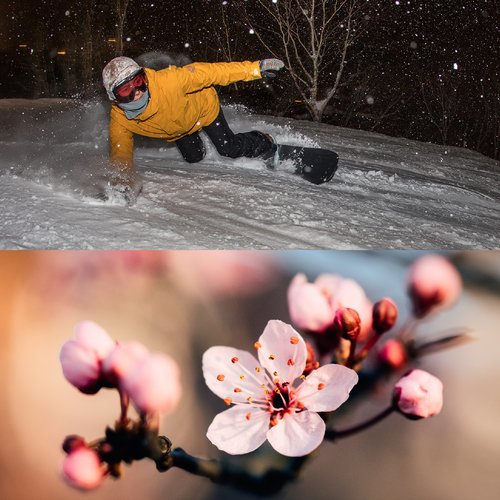